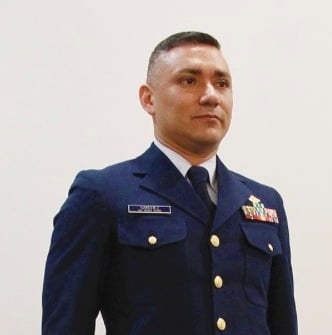 LCDR Sanchez currently serves as Financial Operations Manager for the Reserve Training Appropriation at Coast Guard Headquarters in Washington, DC. As such, he is responsible for overseeing the development and execution of the $118M annual budget. In this capacity, he manages oversight of 58 accounts providing pay, travel, training, and benefits for nearly 6,000 Coast Guard Reservists.

LT Sanchez completed Coast Guard basic training in July of 1998, receiving orders to Lifeboat Station Hatteras Inlet, NC where he served as a telecommunications watch stander and small boat rescue crewman. In March of 1999, he received orders to Storekeeper “A” School at Coast Guard Training Center Petaluma, CA. Upon graduation, he was advanced to Petty Officer 3rd class, receiving orders to Integrated Support Command Kodiak, AK Comptroller Division where he managed acquisition activities for 12 subunits totaling over $1M annually. In addition, he managed base warehouse operations related to the distribution, tracking, and disposal of equipment and capitalized assets totaling $26M. In 2002, he received orders to Coast Guard LORAN Station Las Cruces, NM where he managed a $65K annual budget and assisted in aids to navigation operations impacting the Southwest region of the United States. In 2006, he was selected to serve as a Recruit Company Commander at Training Center Cape May, NJ where he led over 800 newly enlisted recruits through the Coast Guard’s 53-day basic training program.

In 2008, LT Sanchez was selected to attend Officer Candidate School at the Coast Guard Academy in New London, CT. Following graduation, he was commissioned as an Ensign and ordered to the Office of Port and Facility Activities at Coast Guard Headquarters in Washington, DC. During this time, he served as the Asst. Cargo and Security Branch Chief, where he assisted in the development and implementation of new security policies at 3,200 port facilities nationwide and managed an annual operating budget of $7M. In 2010, he was promoted to Lieutenant Junior Grade and ordered to Coast Guard Sector Delaware Bay in Philadelphia, PA as the Container and Port Facilities Inspections Branch Chief. As such, he managed the Compliance Inspection Program for 76 port facilities. In addition, he served as the Asst Waterways Management Branch Chief, overseeing the safe passage of commercial and recreational vessels over 250 miles of river and coastal shoreline. In 2011, LT Sanchez received orders to serve as the Out-Year Budget and Finance Manager in the Office of Reserve Affairs at Coast Guard Headquarters in Washington, DC where he was responsible for managing all activities related to the formulation and execution of the Coast Guard Reserve Training Appropriation. In 2014 LT Sanchez was assigned as to Coast Guard Acquisition Directorate (CG-9331) as Training Manager for the Financial Management Services Improvement Initiative. As such, he oversaw the development of training activities for the implementation of a new financial management system impacting over 12,000 users.

LT Sanchez serves as Coast Guard Vice President for the Washington, DC chapter of the American Society of Military Comptrollers and Board Member for the Association of Government Accountants Professional Certification Board. A native of Albuquerque, NM, LT Sanchez has received numerous honors and awards for his dedicated service, including two Coast Guard Commendation Medals and three Coast Guard Achievement Medals. He holds a Master’s degree in Public Administration from American Military University and a Professional Certificate in Budget & Finance from Georgetown University. He is a member of the Delta Epsilon Tau and Golden Key International Honor Societies and has earned the Certified Defense Financial Manager with Acquisitions Specialty (CDFM-A), Certified Government Financial Manager (CGFM), and Project Management Professional (PMP) designations.

Other professional affiliations include:

She earned an MBA in Science & Technology Innovation from George Washington University and a BS in Chemistry from The College of William and Mary.

Ms. Veronica Trent is a Senior Budget Analyst for the Department of the Navy, serving as a Senior Financial Analyst for Field Support Activity (FSA). She’s responsible for over $500 million in Operating and Maintenance (O&MN) funding for DOD Combatant Commands (COCOMs). She’s also responsible for the Operation Iraqi and Operation Enduring Freedom supplemental funding for the COCOMs and activities under the cognizants of Field Support Activity.

Prior to serving as a Financial Analyst at FSA, Ms. Trent held the position of a Senior Program Analyst at the Naval Sea Systems Command (PEO Ships/ AEGIS Program) for 18 years. She has received her certification in Department of Defense Acquisition Program as a Level III (the highest level) in the Business Cost Estimating and Financial Management career field.

She’s active with her local church and children’s school and has taken on the responsibility of mentorship with a Navy intern. Ms. Trent currently resides in Upper Marlboro, MD with her husband and two children. 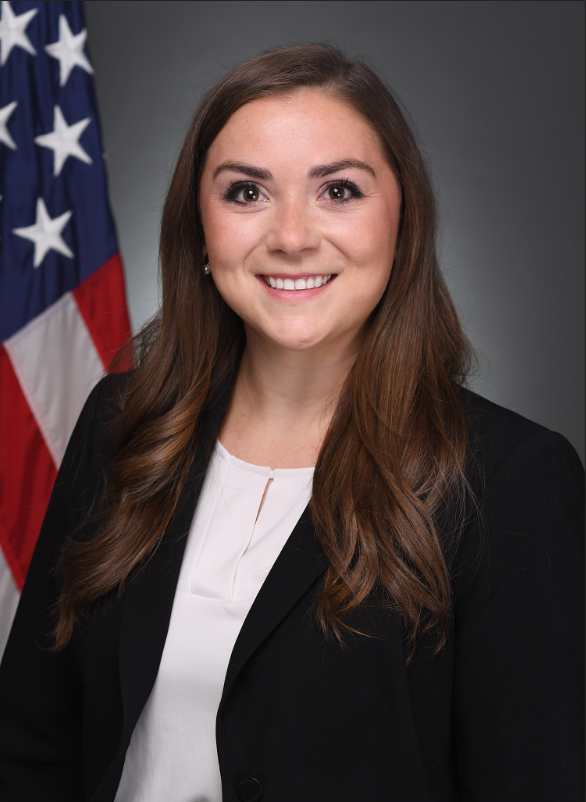 Abigail Zofchak serves as a budget analyst in the Office of the Assistant Secretary of the Air Force (Financial Management & Comptroller), Deputy Assistant Secretary for Budget, Investment Directorate. In her current role, she manages the annual budget formulation and funds control of the Air Force's Other Procurement and Procurement of Ammunition appropriation categories.

Mr. Wayne Whiten is an efficient and effective financial manager with 40 years of experience. He served 20 years on active duty in the U. S. Army. Currently, he is a Principal and Project Manager (PM) supporting numerous customers in the Department of Defense, other federal agencies and the Commercial sector. Mr. Whiten demonstrates rare abilities, skill sets, and attributes in logistics, finance, information technology, and manpower. He is a proven leader, Certified Defense Financial Manager with Acquisition Specialty (CDFM-A), Certified Fraud Examiner (CFE), Certified Internal Control Auditor (CICA), and registered/licensed Private Investigator (PI) who understands the significance of strategic planning, guidance, and implementation from the business, employee, customer, and strategic partner prospective. He is proficient and knowledgeable in business and employee ethics with extensive knowledge of Planning, Programming, Budgeting, and Execution System (PPBES). Mr. Whiten articulates both the logistics and financial aspects of requisitioning, budgeting, formulating, allocating, funding, programming, and material return procedures from cradle to grave. He is the recipient of the 2011 ASMC Washington Chapter Distinguished Service Award and 2006 CALIBRE Distinguished Service Award. Mr. Whiten has a Bachelor’s degree in Computer Science and Master’s degree in Organizational Management. He is a member of: The American Society of Military Comptrollers; The Association of Certified Fraud Examiners, and is the past and present Registration Chair for the ASMC Washington Chapter National Capital Region Professional Development Institution.